Summary = Restoration of apsidal remains, said to be the oldest church in Britain.

Challenge = The weather was causing erosion to the original core structure of the walls.

Solution = Restoration works have recently been carried out by Bakers of Danbury Ltd, to the remaining stonework belonging to what is said to be the oldest Christian Church in England.

The remains of the Church next to Colchester Police Station in Essex, are believed to date back to AD 320, toward the end of the Roman occupation in Britain. Originally excavated more than 40 years ago, the apsidal remains consist of septarian stone together with reclaimed roman tiles and pamments.

Commissioned by Colchester Borough Council and supported by Colchester Archaeological Trust, Bakers of Danbury’s stonemasons repointed the stone wall foundations with Lime Mortar and restored all visible stonework, using traditional methods which have been handed down generations of the 140-year-old company. Despite the starkness of the pointing against the older, dirtier masonry, Bakers' stonemasons matched the original core mortar as closely as possible.

The recent restoration works will protect the remains for many years to come, by preventing further erosion which can occur when the weather gets into the original core structure of the walls. All oak marker posts which mark the positions of the aisles and partition have been replaced with new.

“These works will help to safeguard the future of these important Roman remains for the people of Colchester.”

Although Colchester Archaeological Trust agree the ruins are a “probable Romano-British Church”, the building was associated with two cemeteries one pagan and one Christian, which help support alternative theories around the buildings original use - perhaps later being converted to a Romano-British Church. These theories suggest it may have been originally been a pagan temple, a Roman mithraeum (Roman temple) or a hall for funerary feasts predating AD.320. The remains were awarded Scheduled Monument status by Historic England on 07 October 2020, ref 1470104. For more information visit historicengland.co.uk

Former Colchester Mayor, Alderman and farmer, Arthur Winsley, who died in 1726, left much of his property to a new charity to house 12 men who had: “lived well and fallen into decay”. The 81 Winsley’s Alms houses are now home to more than 100 people.

Refurbishment and extension works to the nine properties included:

Our Founder’s legacy is important to us and we are very proud of the history of Winsley’s, but it is essential to remember this is a thriving, friendly community and a place which must grow and improve. In this way, we can ensure the legacy of Arthur Winsley and Others, lives on.

At a ceremony held in January 2019 at Winsley’s Square, off Old Heath Road the renovated properties were blessed by the Rt Rev Roger Morris, Bishop of Colchester and officially opened by The Mayor & mayoress of Colchester. Residents were invited to take a look around. 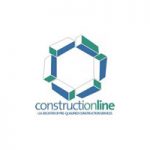 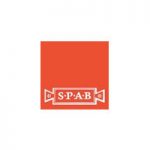 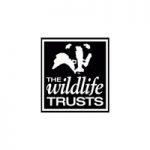